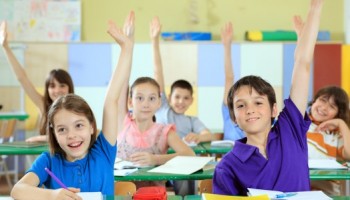 Parents often want to know how education works in other countries. I have no idea what you might have heard about the Canadian school system.

A lot of Canadians like to boast that we have one of the best education systems in the world. When I was in school I was told this repeatedly by my teachers. I¹m not sure about that but Canada does have more high school graduates than any other country than the US. We rank first in the world in college graduation rates and fifth in university graduation rates. So we can at least say most our citizens are well-educated.

Even so, lots and lots of people complain about Canada¹s education system. Some say teachers don¹t use enough phonics when teaching reading, that teacher¹s unions are too powerful, and that it¹s too hard to fire a bad teacher. Some even say too many Canadians go to university, if you can believe that.

Here are some things that might interest you about the Canadian school system.

Education is a provincial responsibility in Canada. So provincial, rather than federal, tax dollars pay for schools; and provincial ministries of education make the legislation that governs schools. On a more local level schools are run by boards of education (also known as school boards or school districts). School board are overseen by elected politicians called school trustees, but many people would tell you that it¹s the bureaucrats who are really in charge.

It¹s hard to make general statements about education in Canada because programming and curriculum can vary from province to province and school board to school board. However, most Canadian children start school in kindergarten, at age five. In Ontario, where I live, there is junior kindergarten, so most children start school when they are four. Elementary (grade school) goes from Kindergarten to grade 8 and high school goes from grade 9 to 12. However some districts have middle schools (grade 7 and 8) or junior high schools (grade 7 to 9). Children are required by law to go to school until age 16 in some provinces and 18 in others.

Now that most children with disabilities have been in regular classes for quite some time, there is very little argument about their right to be there. However, there is a lot of debate about whether or not children with
special needs are getting the support they need to succeed as well as they could. And at the same time, many Canadian teachers would tell you ­ and I would agree with them – that the inclusion of children with special needs had made a teacher¹s job more challenging. Teachers say they need more educational assistants in their classrooms to help them work with students with special needs in addition to children without disabilities.

There are a lot of choices in Canadian education.

First of all, some provinces – Ontario, Alberta and Manitoba, have two publicly funded school systems ­ Public schools and Catholic (also known as Separate) schools. It would be very complicated to explain all of the
reasons for why Canada has state-funded Catholic schools, but it has to do with compromises that had to be made back in the years leading up to Canadian Confederation in 1867 in order to bring together the two main religious denominations (Protestant and Catholic) and the two main European language cultures (French and English).

Thus, although Canadians practice many different religious faiths, including that are non-Christian, only one denomination ­ Catholic – has the constitutional right to run its own schools with public funding. This is becoming increasingly controversial. While Catholics strongly defend their right their historical constitutional right to their school system, some people say it is wasteful to have two parallel school systems and others say it is unfair for only one religious to have their own publicly funded school systems.

French Immersion. About 315,000 Canadian attend French immersion. That means they go to an English school, except in classes conducted almost entirely in French. In other words, they learn mathematics, science and geography in French. It starts in kindergarten, so French Immersion students start learning to read in French, even though their native language is English. Many people believe that French Immersion is the best way to learn French. And research shows that French immersion education has no negative impact on learning English language skills. Some people criticize French immersion, because the children don¹t learn absolutely perfect French. But most parents don¹t care about that. They want their children to be able to be comfortable speaking our country¹s other national language. All of my children went to French  immersion, although all three switched to English (their own choice) for secondary school.

Between six and seven percent of Canadian children go to private schools, and the percentage is increasing slowly but steadily. Obviously, because of the high cost of ($10,000 to $50,000 Canadian), most, but not all, children who attend private schools come from upper middle class and upper class families.

Canadian schools have a growing number of publicly-funded schools with special programs, particularly at the high school level. Arts programs are particularly popular, but there are also schools that specialize in sports and science as well. These alternative programs are much more common is large cities like Toronto, Vancouver, Montreal and Ottawa.

The province of Alberta also has some ³Charter Schools.² These are publicly funded independent schools that operate outside of the regular system. Some of these schools are based on more traditional  approaches to education such as more drill in mathematics, more use of phonics in reading and more direct
instruction by teachers.

Of course, Edmonton¹s programs of choice and Alberta¹s charter schools are fairly unique. Not all students have this level of choice in schooling, but this gives you an idea of the diversity of the Canadian education system.