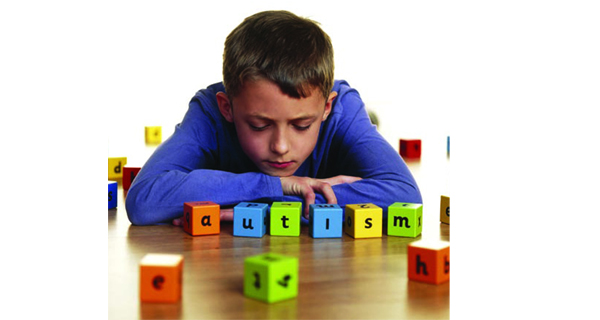 When talking about DIR/Floortime therapy it is tempting to focus on the part of it that involves helping the parent learn the best ways to interact with and play with their autistic child. That¹s important, but it wouldn¹t be possible for children to participate in these different ways of interacting without the other crucial part of the therapy. That involves figuring out what the child¹s sensory and social stressors are and finding ways to reduce the child¹s exposure to those stressors, and to help them learn to cope with the stressors.

Children with autism process sensory information differently from other children because of the way their brains work. I¹ll explain that more in a minute, but first, let¹s talk about how these stressors affect the way
children interact. For one of the children who took part in the study on DIR/Floortime therapy at York University in Toronto, some of the biggest stressors were visual. His brain was so overactive when processing visual information that he had to put most of his energy into coping with this sensory stimulation that overwhelmed him. That made it hard for him to respond to people as other children do. When a new person came into the room this boy would walk right up close to them a stare at them. But it wasn¹t really an interactive look. What he was really doing, the therapists realized, was narrowing down his field of vision as a way of coping the all the visual stimulation his brain couldn¹t deal with.

When the therapists figured out that this boy was overwhelmed visually, they changed the environment. They took most of the toys out of the room. They took pictures off of the walls. But it still wasn¹t enough. Eventually they started doing therapy sessions in a waiting room with no toys, no pictures, no magazines and most of the furniture removed. This took away his biggest sensory stressors and made it possible for him to focus on his mother and interacting with her.

It¹s a hard thing to understand. I don¹t fully understand it myself, but it might help to know a bit more about the way the brains of children with autism work. Researchers have known for some time that children with autism have too many connections in some parts of their brains. They have too few connections in other parts, but let¹s think about the impact of having too many connections. On the surface it might sound like having lots of connections would be a good thing. But it isn¹t, because having too many connections makes the brain work too hard. That causes stress. So when this little boy was trying to process the visual information that seems quite unremarkable to most kid all the different parts of his brain are trying to talk to each other at the same time. So he has trouble, which leads to the strange (to us) behaviours that are his way of coping and the difficulties he has with social interaction. What he really needs is for his brain to work more efficiently ­ to use fewer connections ­ so he can process the information without all that effort and stress,

Dr. Stieben used very sophisticated devices called geodisic sensory nets to measure children¹s brain activity before they started therapy and after a year of therapy had been completed (or, in the case of children in the control group, after a year of being on a waiting list for therapy). The nets, which are worn over the head, have 128 electrodes which measure activity in different parts of the brain. Dr. Stieben recorded the
children¹s brain activity as they watched a screen showing images of their own mothers making emotional facial expressions (looking sad, happy, fearful etc.).

What he found was that, consistent with past research, the brains of the children with autism were about twice as active as the brains of other children while processing the information from the pictures of their
mothers. A year later he measured children¹s brain activity again. The brains of children in the control group had become even more overactive in the year they were waiting for therapy.

But in children who were treated successfully (in some cases treatment was not successful) brain activity was greatly reduced and had become much closer to what you¹d find in a typically developing child. This change in brain activity left the child with more brain power to help them focus on social interaction with their parents. And that explains why these children made such big gains in their ability to pay attention to, enjoy and even initiate social interaction with their parents.

Here¹s what one of the parents said to me about the difference the therapy made in his relationship with his son. It’s hard to put into words, but when we’re playing and he comes out with a long sentence describing his thoughts and intentions and everything makes perfect sense for that moment, I¹m just blown away. I often find myself looking at my wife hoping she heard it, then we exchange this private smile filled with hope and excitement. This is just the beginning of a long journey, as he is only five years old, but every day it’s a little easier to see him becoming a very positive part of our society.

I can only imagine how exciting and positive it must be for this family. In future blog I will talk about why I think this study is so significant.